Love, Marriage and Infidelity: Managing relationship problems and getting beyond the hurt of infidelity and rebuilding trust – en anglais 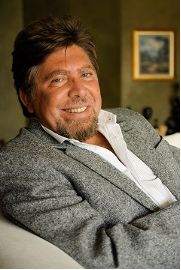 Love, Marriage and Infidelity: Managing relationship problems and getting beyond the hurt of infidelity and rebuilding trust

One of every two to three marriages end up in divorce and many other negative consequences emerge following an unsuccessful marriage. This presentation will start by discussing the differences between love and marriage and the reasons why people insist on marrying despite the high (45-50%) divorce rates. Surprisingly, following the divorce, the majority will choose to repeat the experience as the breakdown is seen as the other partner’s fault. The presentation will carry on by discussing whether the problem in a failing relationship is actually the problematic partner and what makes the distinction between happy (successful) and unhappy marriages.

A cognitive behavioural systems approach to relationship problems involves a therapeutic view to reframe the problem as a result of interaction between the partners rather than arising from one of them. This is to shift the couple’s thinking from the illness model to the interactional model. In this approach, the focus of therapist attention is the relationship rather than the individual and thus communication training, reciprocal negotiation and mutual problem solving become very important components of treatment. The workshop will progress by explaining how the therapist may at one moment be working behaviourally trying to help the couple communicate better and solve their problem directly or working at a cognitive level to teach couple to identify automatic thoughts, distorted thinking and how to modify the cognitive processes that lead partners to exhibit certain repetitive patterns of behaviour. It will also discuss the advantages of working on a systems level to explain their lack of co-operation and progress and provide meaning to what seems meaningless for the couple and therapists. Different types of couple problems demand different therapeutic skills and responses. Whatever treatment approach is used, a good assessment and formulation is of great importance for a successful interventions. Making conceptualizations, setting targets and homework assignments with the couple will also be discussed.

Being unfaithful is a choice people make and deception comes as the consequence following infidelity. Most of the spouses perceive infidelity as a major threat to the continuation of the relationship and report that their marriage would be over if they ever face infidelity. However, in real life a considerable amount of couples continue their marriage despite the affair. Can these couples rebuilt trust and intimacy  following the trauma of the infidelity?

Mehmet Sungur is professor of psychiatry at Istanbul Kent University. He received training in cognitive behaviour therapy (CBT), sexual and marital therapies at the Institute of Psychiatry (King’s College), London. He is accredited as a ‘cognitive behaviour therapist’ by the Europoean Association of Behaviour and Cognitive Therapy (EABCT). He is a founding fellow member, certified cognitive therapist/supervisor of the Academy of Cognitive Therapy (ACT) and International Advisory Board member of the Beck Institute (BI). He is the immediate past president of the International Association for Cognitive Psychotherapy (IACP) and has been one of the past presidents of the EABCT. Dr Sungur is now the president of the European Federation of Sexology (EFS) and also a board member of the recently established World Confederation of Cognitive and Behavioural Therapies (WCCBT).He is also a board member of the World Assocition of Sexual Heath(WAS)

His clinical practice covers a wide range of clinical syndromes with a special emphasis on cognitive behavioural treatment of anxiety disorders and sexual and marital problems. He has presented workshops and keynotes in many international congresses. He played a leading role in the dissemination of the practice of CBT and sex-couple therapy. He is the president of Turkish Association of Cognitive and Behaviour Therapy (TACBT) since its establishment.

He has received some national and international awards, including “Schizophrenia Reintegration Award”, “Gold Medal from European Federation of Sexology”, “Julia Heiman Honorary Award” for his contributions in the area of couple and sex therapy. He has published more than 100 papers mainly about CBT and sexual disorders and written many books and book chapters on CBT.His books on “ Making Peace with Uncertainty” and “Love-Marriage and Infidelity” are published in Russian and being translated to English.